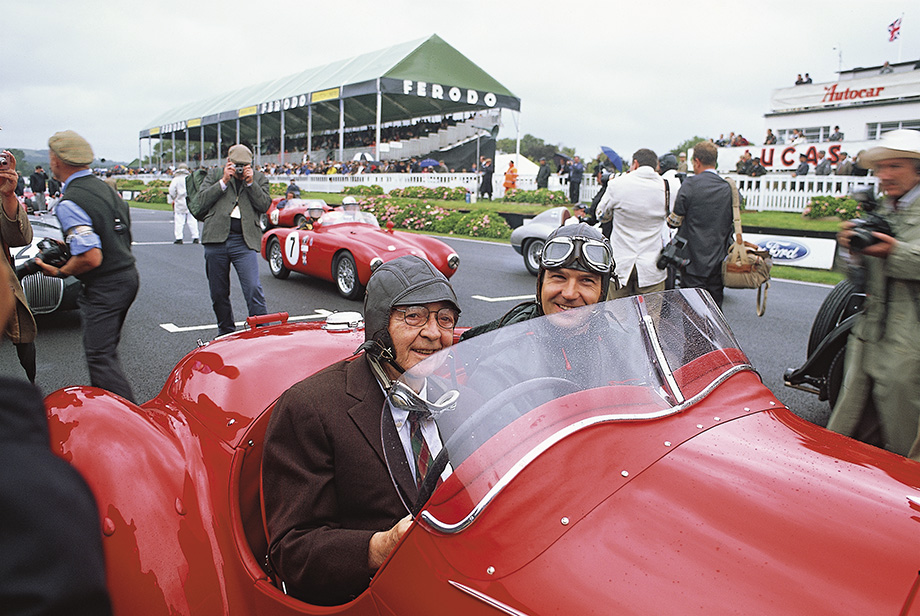 In a special tribute to Phil at the Goodwood Revival Meeting in 2006, no fewer than 27 cars Phil had driven during his long and illustrious career were brought together for a series of heartfelt tribute parades, with Phil and son Derek leading the way in a different car each time, as shown in the photograph above with Derek and Phil in the 2.9-liter straight-eight supercharged Alfa Romeo 8C-2900B Phil had briefly owned in 1950-51, racing the car at Pebble Beach towards the end of 1950.

The book project was already under way when this photograph was taken and Derek played an integral part in the book’s progress at every stage, at first with his father an ever-enthusiastic participant, and latterly as custodian of his father’s legacy and amazing collection of photographs

It is the nature of very personal projects such as this – personal to Derek, Steve and Doug in equal measure – that they end up taking far longer than planned. The urge to seek perfection at every level is difficult to resist, not helped in this case by all three parties leading very busy lives in different parts of the world. The short video shown below is a case in point, having been filmed in 2011 – in association with Leica – with plans to publish the book during the following year.

In fact, another six years slipped by, but the various editions and volumes were eventually published in late 2017. And despite the time that has passed, everything Derek says in the video still holds true.